Romanian international Andrei Radoi will make his first start for Ealing Trailfinders in their away Greene King IPA Championship match with Nottingham on Sunday.

The 30-cap hooker joined Ealing just before Christmas and made his debut off the bench at home to Bristol Rugby in the final match before Christmas. Against Nottingham the 26-year-old will pack down between props Ryan Storer and Conor Carey. 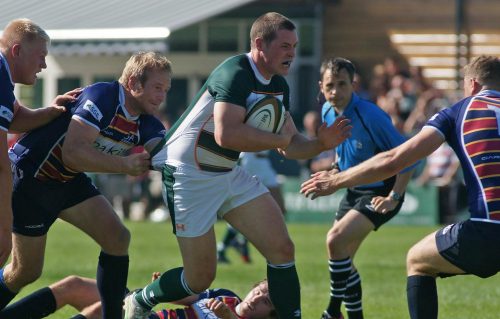 Storer is the only other change to the pack that took on Bristol, which also features captain Adam Preocanin alongside Steve Pape in the second row.

Also coming into the starting XV is wing Owen Bruynseels, who has been out of action since the away match to Bedford Blues at the end of October. He is now over his groin problem and ready to return to try-scoring ways.

Bruynseels is the one change to the backline that faced Bristol and he makes up a back three with fellow wing Phil Chesters and fullback Andrew Henderson.