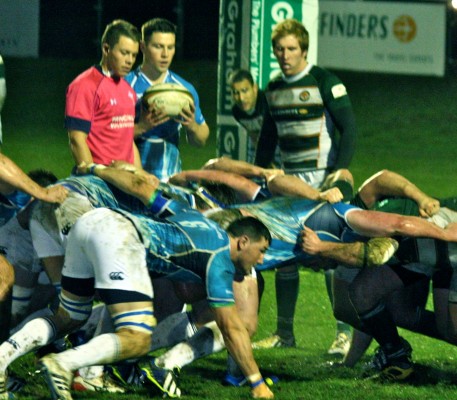 Ealing Trailfinders put in an excellent performance and pushed reigning British and Irish Cup holders Leinster A hard throughout the match to win their first losing bonus point of the season.

Ben Ward kicked two penalties and then converted Phil Chesters’ try with the final kick off the match as the Dubliners finished the pool unbeaten.

Leinster started with a bang and after Ealing stopped a number of their attacks, fullback Darren Hudson swooped on a loose ball to open the scoring.

The Dubliners continued on the attack, but stout Ealing defence held them out and when they threw a crooked line-out, Ward was able to clear the danger.

Ealing’s defence continued to hold out Leinster’s attack and after a strong carry from Sean O’Connell and good clearing work at the ruck by Tom Wheatcroft a penalty was awarded and Ward kicked Ealing’s first points of the night.

Leinster fly-half Cathal Marsh landed a penalty of his own, but Ealing went back on the attack and while they were unable to find a way through the Leinster defence, Ward was able to add his second penalty to close the gap to two points.

Ealing came out strongly after half-time, but after failing to add to their tally Leinster went on the offensive. Wing Sam Coughlan-Murray fumbled a pass with the try-line begging and from the scrum Ealing cleared and took the play back in Leinster’s half.

The home scrum caused Leinster’s pack in all manner of problems, but a well-drilled Leinster defence and a slippery ball meant that attacking positions weren’t always capitalised upon. 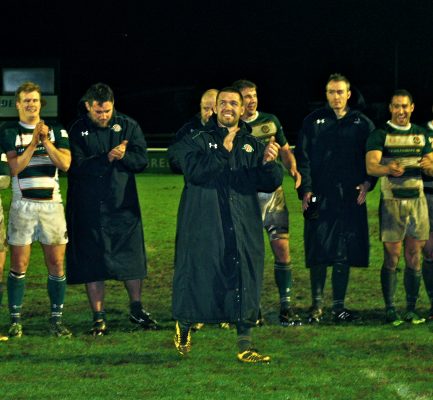 However, Ealing’s defence stood tall when Leinster’s backs had the chance to stretch their legs, notably Andrew Henderson, who put in a mighty tackle to stop his opposite number Hudson from adding a second try.

Ronnie McLean also put in a try-stopping tackle, but eventually Leinster added to their tally when Marsh kicked two penalties. Ealing didn’t relent and ended on a high when Henderson took Ward’s chip-kick and nudged the ball to the corner where Chesters slid in to score, with Ward’s conversion closing the score to one point.