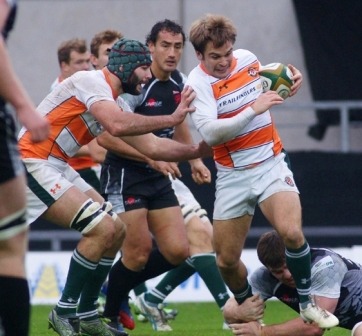 Ealing Trailfinders returned from their trip to London Welsh without a point, but having caused the Greene King Championship leaders a number of problems over the 80 minutes.

Ealing enjoyed a good opening spell and their best moment came from a lineout steal from Sam Wilkes at the tail. The hooker linked with Tom Bedford and allowed Andy Hall the time and space to clear. Andrew Henderson, Phil Chesters and Chris Kinloch chased well and when London Welsh infringed at the ruck, Hall had the chance to open the score but sent his penalty wide from a difficult angle and length.

After another good lineout London Welsh fly-half Gordon Ross came up offside to concede a penalty. Ealing opted for a scrum and Kinloch and Steve Pape took the ball into the Welsh 22 before a knock-on allowed the Exiles to clear.

For the next 10 minutes London Welsh were camped in the Ealing half, but rampant defence kept them out and the back of the scrum slick hands down the backline set Kinloch, Henderson and Chesters running to clear the danger.

Hall then had the chance for another shot at goal after the London Welsh pack was penalised for collapsing a maul, but again he was unable to find the target from a similar position to his first.

Soon after London Welsh found their stride and after a powerful surge from second-row Ian Nimmo, scrum-half Rob Lewis popped up on his shoulder to race in and open the scoring.

Moments after converting the first try former Scotland international Ross was then on hand to score the second.
Ealing responded by going on the offensive themselves, but as the half drew to a close the Exiles added a penalty try to leave them 21-0 ahead at half-time.

The match settled into a similar pattern in the second half, though once again Ealing dug deep in defence to hold out the hosts until the hour mark when Will Robinson’s cut-out pass set Tom May free down the right and the veteran centre raced away to score.

As the half wore on second row Gavin Curry made a welcome return from an abdominal injury when he came on just after the hour mark, while Will Magie came off the bench to make his Championship debut with 10 minutes remaining. 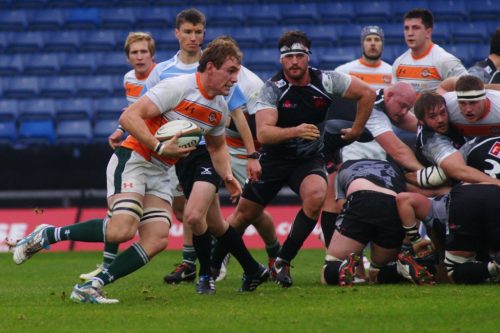