What a day! How can this reporter/manager/general dogsbody attempt to portray the atmosphere, the excitement and, as Jake reminded us, the potential loose bowels as we huddled before the big game. The game that might define us as a player, a team & a club.

Having taken “Of port!” in the official away changing room with a rousing reminder of why we were there, we focused on the match we had before us…our own grand-slam decider on the hallowed cabbage patch turf.

The game started well for the opposition with staunch defence required time and time again in our 22 from the likes of Cotter, Miller (x2 of them, only one is Courtney Lawes’s Dad though) and Usher putting in big hits to keep the ball available for Beck clearances. Mentioned in dispatches must be Big Tel who provided two massive wrap tackles to augment his line speed and show his defensive skills have not diminished despite his rising tally of years.

After a quick tap penalty for a ruck offense H&F managed to squeeze over in the right hand corner for a Tom Parkinson unconverted try to gain a slim advantage, extended to a 10-0 lead by further quick passing from set play leading to an overlap out wide. Sadly half time was longer than expected after Olly Mayo broke his ankle requiring significant attention, before he was taken to hospital; an ironic reminder why we were fund raising. We wish you a speedy recovery mate; looking forward to having Room 408 fully quorate again. 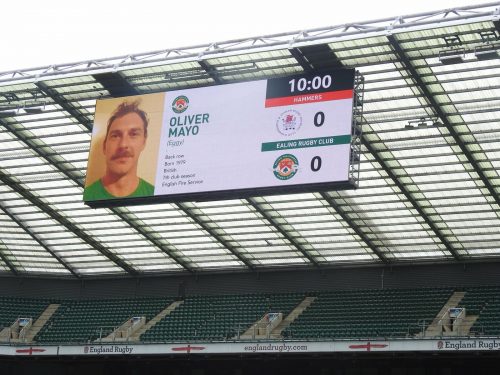 However, back to the report:  the best play of the day was undoubtedly Ealing’s try as Jacko cut back inside from a scrum marshaled to perfection by the standout scrum half of the day Stoksey. He was able to break three tackles and score a converted try under the posts to draw us within three points of their hosts. Sadly we could not capitalise on that boost in performance to finish the game off but what an afternoon we had on the Twickenham turf.

Those over 45 also got a run in the Barbarians match later in the day against H&F over 45’s. The backbone of their 19-5 victory was provided by turnover jackal-like steals from BOF, tries from Beck and Steenie with the latter proving that he actually can run half the length of the pitch to score as long as it is a Twickenham & the pursuers are near retirement!

Finally we would like to take this opportunity to thank all the staff at Twickenham, plus H&F/Silhillians/Wimbledon RFCs for a terrific day at the home of rugby. The Injured Players Fund is clearly one that is close to our hearts with Ben Pearson attending on crutches and already benefiting from IPF help. The day has generate over £100,000 for those that deserve to benefit…cheers lads and to all who supported us! 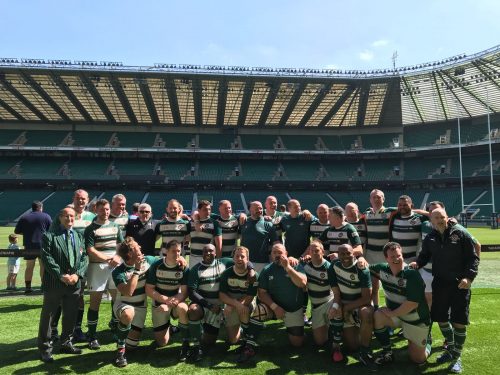