Richard was a personal friend of mine, and was a pleasure to play both against and with.  He would play in any position without giving it a second thought.  By profession he was a number 8, but would happily play any front five position, and even helped out at scrum half.  He stepped back from nothing and left everything on the pitch for whichever side he was playing for.  We became friends when he was captain of OA’s IIs many years ago, as my opposite man. He was part of the Exiles side that won the Northolt Tournament in April 2013, and can be seen bottom right in this team shot, showing his usual enthusiastic happy self. Rugby was one of his loves, and if he wasn’t playing for OAs or we were playing a tournament and he could make it he would turn out for The Exiles. 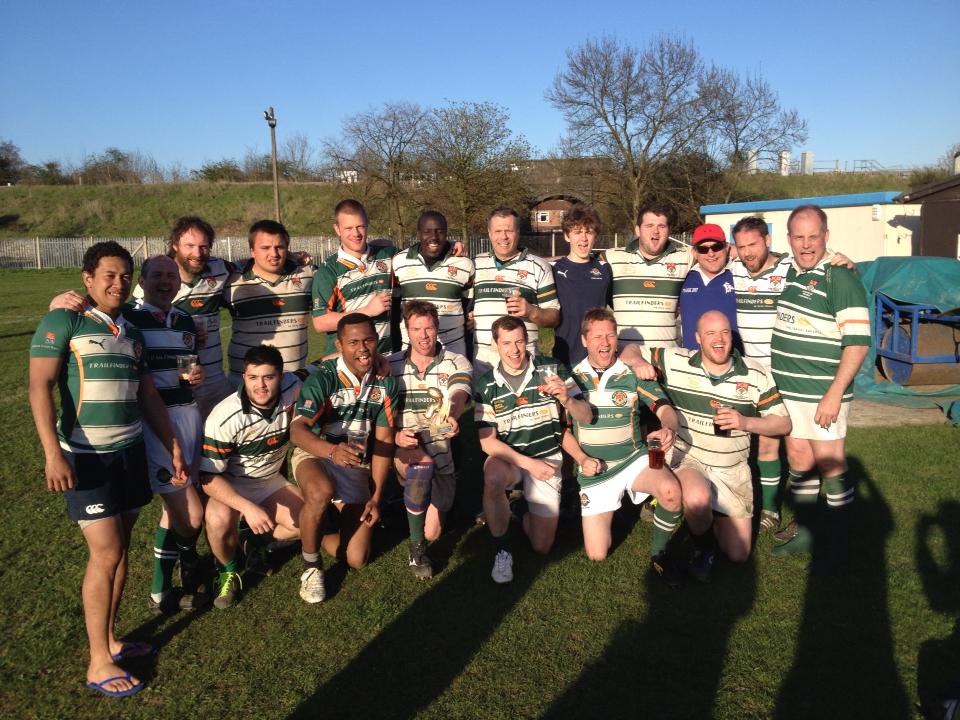 He will be greatly missed, deepest commiserations to those he has left behind.

Old Actonian’s posted the following details.  There should be a sizeable Exiles presence to pay our respects to Richard and his family.

If you are planning to attend either or both, please email carolebull@aol.com
with your name and connection eg work colleague, Old Actonians, school, that way we will have an idea of numbers.

From Tanya Bull and Carole,Tony, Andrew and Christopher Bull. 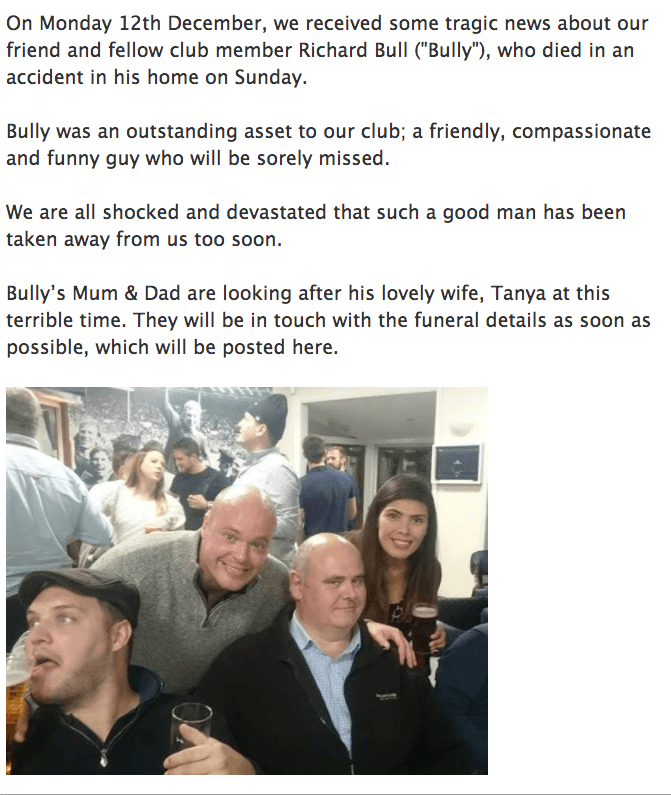