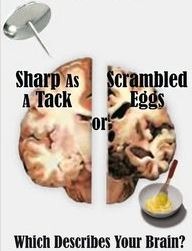 Do you have a rugby brain or are you simply rugby brawn?
Do you know more about rugby than our own Rugby Doctor?
Are you happy that previous winners Charlie Mansell, Cian McBride and Alex Hazell think that they know the most about international rugby? It’s your chance to prove them wrong!

Ealing Trailfinders Men’ Section is running a private fantasy league for the coming 2015 Rugby World Cup. This is by popular request following the huge success of the Fantasy League for the 2015 Six Nations and 2014 Autumn Internationals.

First create a free account on ESPN Fantasy Scrum here http://fantasyrugby.espn.co.uk/ and register your dream team. (You can change this team as frequently as you like prior to the start of the RWC.) Entry to ESPN is free and there are some fantastic prizes including an LG 55” curved OLED TV, Twickenham tickets, 13” Macbook Pro and iPad Air computers.

Then, as Head Coach, you select your fantasy team before the first international which is Wales v Fiji England at 20:00 on 18th September.

Once you have created your team you have the option to enter this against the teams submitted by other club members. To do this just join the Ealing Rugby Club league using PIN 1127167-5580. Also to compete for the Men’s draw prize then deposit £10 in the league bank account (details at the end of this message) before kick-off for the Wales v Fiji game at 20:00 on 18th September.

Prizes are: Winner takes 20% of the pot, second place 10% and third place 5%. Also the points leader at the end of first half Group stage (Friday 18th – Tuesday 29th September), second half Group Stage (Tuesday 1st October to Sunday 11th October), Quarter Finals, Semi Finals and Finals receives a bottle of wine. (Not just any wine, but M&S wine!) And, of course there are the bragging rights that also go to the winners. These results will be posted on this Ealing Rugby Club website.

But beware! You’ll need to be better than good to have any chance of winning as there are some awesome rugby brains to compete against in the Men’s Section.

The rules for picking your team/scoring points are all published on ESPN website.

Finally, Enjoy the RWC and potentially win some fabulous prizes whilst you do! If you have any questions contact John – john.worthington@hotmail.co.uk

Entry fee £10 per team to join the Ealing Rugby Club league – pay John or Liam McDonagh, Fabio Krasniqi or Rahim Virani direct in cash or use the bank account at the bottom of the email.