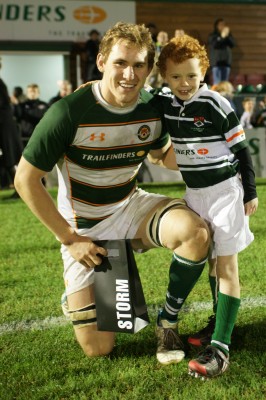 O’Connell was a part of the 1st XV Squad for two seasons having joined from London Irish where he was part of the Senior Academy. Sean had previously been a member of Ulster Academy and the Irish Exiles programme having impressed in the Youth age groups at Ealing.

Sean has had to retire from competitive rugby due to injury and is keen to remain involved in the game and take up coaching.

Academy Director John Lacey said “I am extremely pleased that Sean will be joining the Academy coaching team, his experience of professional rugby will be invaluable to our players, he shares a belief in skills development and has been impressive in our conversations so far. Sean was a late developer and understands what it takes to reach the top levels of the game, I’m sure he can provide a wealth of knowledge to the boys. Above all else Sean is an Ealing boy, he has gained experience elsewhere but is now giving something back to the club, he epitomises exactly what we are trying to develop within the Academy.”

Sean will work with the Senior Academy and Emerging Player Groups as well as joining the Community Schools programme.

On his appointment O’Connell said ” I am excited to join the Academy and hope to pass on my experience. I played for Ealing Trailfinders as both a youth and senior player and it is nice to back involved at the club.”