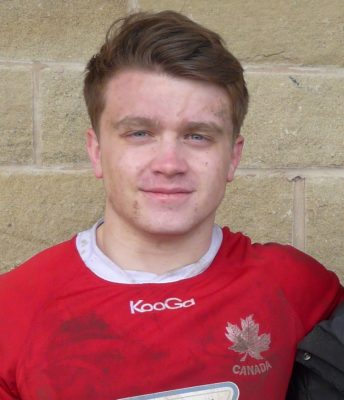 While his Ealing Trailfinders teammates begin the run-in to the close of the Greene King IPA Championship season, Simon Sexton is away in Hong Kong, aiming to help Canada to success in the IRB Junior World Trophy.

The 19-year-old scrum-half qualifies to play through his father, who was born in Canada’s capital Ottawa and he linked up with the Canucks for a pre-tournament training camp, before the team jetted off to Asia.

“I have really enjoyed the experience so far,” he said. “I spent a week in camp in Leeds getting to know all the boys, who are a great bunch, and the way the team plays.

“There are some real differences in culture between the English and Canadians but fortunately when you’re playing rugby together it is easy to break down some of the barriers.”

Canada are out to improve on their performance in 2013 when they lost to Italy in the final, but they began with a 37-25 loss to Namibia, a match with Sexton started on the bench.

They next take on Uruguay on Friday, before the complete their group against Japan next Tuesday, 15 April.

“The loss against Namibia was a tough one,” Sexton added. “We expected to do a lot better in the game and there was a lot to be desired with our play and so we were disappointed with the result.

“Our aspirations before the tournament, which are still the same, were to win the trophy. Last year we made it to the final and lost to Italy who were promoted to the IRB Junior World Championship, so we are looking to go one better this time around.” 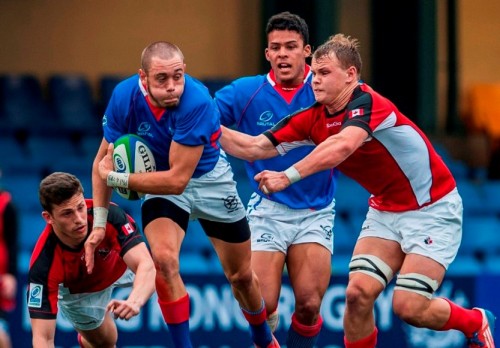 Sexton isn’t the only Ealing player to have featured for Canada’s U20 team or played at the Junior World Trophy; hooker Richard Townsend featured for the Great White North at the 2009 Junior World Championship in Japan, while fly-half Will Magie captained the USA to glory at the 2012 tournament.

The Cambridge-born Sexton has been a regular in the Development side this season. He also made his senior debut off the bench away to Moseley in the British and Irish Cup and is planning to keep up to date with Ealing’s home fixture against Nottingham via the internet, a match which kicks-off at 22.00 in Hong Kong.

In September he will begin a degree in business and economics at Loughborough University and feels his year at Vallis Way will help stand him in good stead in the east midlands.

“My first year at Ealing has also been my first year playing men’s rugby, having come straight from school, so it has been one of the steepest learning curves I’ve ever experienced and I had to sharpen up quick,” he said.

“It has been massively challenging and a huge test, but because of this I’ve loved it. I am fortunate to have had the opportunity to play in this professional environment full time and I feel my skills and confidence have grown hugely; not many get the same sort of chance.

“From day one I have felt one of the team and welcomed by everyone. There is a great team vibe at the club which I have been lucky to be a part of. All in all I couldn’t have wanted the season to go much better.”