The Men’s 1sts rounded off the league season with perhaps their best display of the season, running in six tries to complete the double over fourth-placed Shelford and ensuring a pleasing top-half finish in Zoo Shield League 2.

A hard pitch, after several weeks of dry weather, and balmy overhead conditions made for a fast and furious encounter, with Ealing starting strongly after a good warm-up session. After seven minutes, the visitors took the lead through left wing Rasaan Samms, who collected his own well-weighted chip to touch down under the posts, giving fly half Calum Nolan-Hutchison an easy conversion. Shelford showed why they are near the top of the table by coming back strongly and scoring five minutes later, following a powerful run by their right wing. The Cambridgeshire side then took the lead with some good back play after Ealing full-back Steve Verma was forced to leave the field with a shoulder injury. The Shelford lead lasted only a few minutes, however. Samms ran strongly out of defence and linked with centre Chris Hitchcock, who kicked ahead and was the first to get a hand to the ball as it crossed the line, just ahead of the despairing Shelford defence. A penalty in front of the posts on the stroke of half time enabled Nolan-Hutchison to add three points, leaving the score well poised at 15-10 to Ealing at the break. 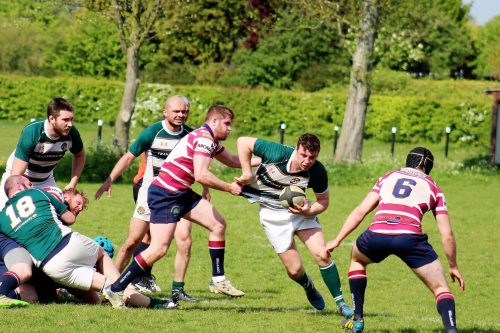 The second half saw the visitors improve further in both defence and attack. Just three minutes after the break, Second row Travis Gibson set off on a powerful run and was hauled down just short of the line. Ealing won the ball against the head at the ensuing scrum, and brother Brenton Gibson at inside centre burst through an attempted tackle to finish under the posts. Right-wing Lou Walker was put into space to secure the bonus-point fourth try, and while Shelford managed a third try of their own with a quarter of the game to go, Ealing were dominant in terms of possession and territory, enabling Brenton Gibson and Samms each to notch their second scores of the afternoon. 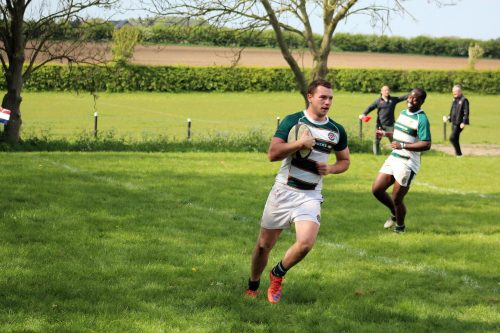 While there were fine performances throughout the team, it was pleasing to see all six tries scored by the back line. After just avoiding relegation in their first season in Zoo Shield 2, the Men’s 1sts finished in a highly creditable 7th position out of 14.