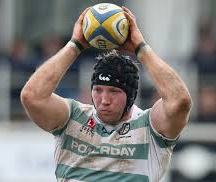 Ealing Trailfinders are delighted to announce that London Irish pair George Skivington (right) and David Paice will join the coaching team for the upcoming 2014-15 season.

Both players are experienced Aviva Premiership campaigners and have earned England honours. They will work alongside Keiran Power, who has signed a one-year extension to his contract with the Club.

George Skivington is the current captain of London Irish having previously played for Leicester Tigers and London Wasps. During that time he has won the Premiership and Heineken Cup and has also captained England Saxons. He is heavily involved in the lineout at London Irish and he will bring that expertise to Vallis Way by working on the lineout and kick off areas.

Australia-born David Paice (below) first came to England on a gap year in 2003. While in England the hooker joined the London Irish academy and was part of the team that won the National U19 Cup. He has gone from strength to strength with the Exiles to the extent that he has won eight caps for his adopted country and has notched up just short of 200 appearances in the London Irish first team. He will work on the scrum, as well as individually with the first team hookers.

“I am delighted to bring in both David and George to our coaching team for next season,” Director of Coaching Ben Ward said. “Both these guys are still playing and are aware of the demands of the modern game. 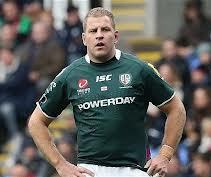 “We want to play an expansive game but to do this you need to get your set piece right. They will bring great experience to the line out, scrum and restart areas. Alongside Kieran Power we have a very exciting and dynamic coaching team looking after the forwards next season.”

Also joining the coaching team is former first XV player Paddy Gill. Since leaving Vallis Way he has worked in the coaching set-up at Leeds Carnegie Academy and Metropolitan University.

Paddy will come on board as a skills coach to help the players improve and develop core skills. His role will also extend to the analysis and evaluation of games.

“I have coached and played with Paddy previously,” Ward added. “He has a fantastic rugby brain and for us to play our expansive game plan all our players require an extremely high skill level. His primary role will be to ensure these guys receive all the help they need to perform these skills under pressure and in games when they count.”

Also signing extensions to their contract are Justin Smith, who will once again head up the medical team and Nick Rees who will lead the strength and conditioning team.