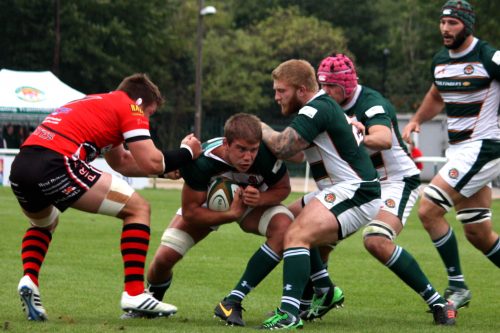 Thomas ‘TJ’ Anderson’ will captain Ealing Trailfinders for the first time, in their British and Irish Cup debut away to Leinster A on Saturday.

Ealing take on the cup holders at Dublin’s Donnybrook at 14.30, but with club captain Adam Preocanin given the week off to recuperate after four hard weeks in the Greene King IPA Championship Ulsterman Anderson has been given the armband.

“I am honoured to be captaining Ealing for the first time this weekend,” he said. “Having played against Leinster at various levels I know what a challenge this side will be for us and that we as a team need to focus on putting in a strong performance on Saturday.

“Leinster teams I’ve played against in the past have always been very skilful and dynamic, with extremely secure defence. We will need to take our opportunities in this game and hopefully this will enable us to come out on top.”

Anderson will start the match at blindside flanker with Alex Bradley on the openside and Sam Hocking at Number 8. In the front row meanwhile prop Steve Neville and hooker Sam Wilkes are given their first starts of the season.

Andy Hall continues at fly-half and forms a half-back duo with the returning Stuart Commins, while Andrew Henderson shows his versatility by running out at fullback; his third position of the season so far having already played at centre and wing.