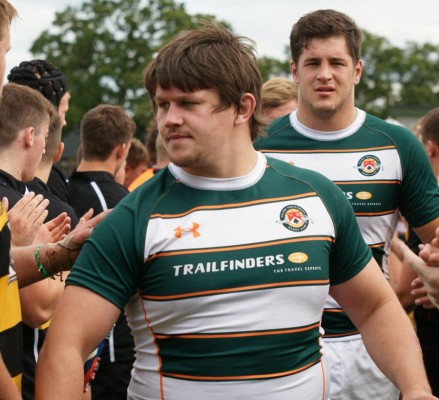 Ealing Trailfinders hooker Alun Walker knows to expect another tough battle as he and his teammates wrap up their pre-season preparations with an away match against Moseley on Saturday.

Ben Wards’ team travels up the M40 to meet the south Birmingham side in good heart; following a 43-19 win over Newport and a 34-24 victory against Bedford Blues.

The Scot twice played the side from Billesley Common during his time with Nottingham in the Greene King IPA Championship last season and he has no illusions of what lies in store.

“I played them twice last year and we lost twice against them last season,” he said. “They are a very forward driven side, so I think the forwards will get a really good test when it comes to the scrum and the breakdown, especially the breakdown because they fight for everything.

“It will be the first game on grass this year and I think we will try and play a similar style of rugby and fingers crossed we’ll go up there and put in another good performance to wrap up pre-season.”

The 23-year-old Scotland ‘A’ international walked through the doors at Vallis Way following the conclusion of the 2013-14 season.

He has settled into the squad seamlessly so much so that he captained the team in their opening pre-season fixture against Newport and marked the occasion with a try.

“It has been really good,” he said. “The boys are very social and very accepting so I felt part of the club straight away.

“It helped knowing Kinners (Chris Kinloch) before I came down and I played rugby with him when I was 17 at Currie and we won the championship, so it has been a really easy club to settle into.”

While the two home matches have so far returned two wins against sides from higher divisions, Walker and the rest of the Ealing Trailfinders squad are well aware that there is still room for improvement before the season starts at home to Loughborough Students on Saturday 6 September.

“There was a spell in the game (versus Bedford) where we shut off and allowed them to run in a couple of tries so again there has been a big focus on the driving maul,” he said.

“The scrum has been so dominant in the first two games and if you can give such a dominant performance throughout the season it makes the backs life really easy.”