Ealing Trailfinders are delighted to announce that Ben Ward has been appointed as Coaching Director, starting from 1 June 2014.

In the meantime he will be carrying out his role as coach and player, while working to prepare for next season.

The 29-year-old Ward joined Ealing Trailfinders in 2004 and as fly-half was instrumental in helping the team rise through the RFU leagues to their present position in the Greene King IPA Championship.

Currently he is head coach and has also held the position of backs coach and captain.

“It is a huge honour to be given this opportunity at Ealing Trailfinders,” Ward said. “I was brought to the club 10 years ago by Mike Cudmore and have been fortunate to have been here ever since. Mike has played a huge part in my development and I would like to thank him for that.

“I enjoy coaching attacking rugby. It is something this club has built a reputation for over the years and something I want to build on and continue. We have a great infrastructure already in place and it is about bringing in a few of my own ideas and looking to continue to improve where we can.

“We have a thriving mini and youth section, an academy and development team that is bringing players through towards the first team as well as an amateur section. The club continues to grow and I look forward to playing a major role in that.”

Ward will succeed Mike Cudmore who is due to stand down as Director of Rugby at the end of May 2014 after 12 years at the club. He has worked closely with Cudmore in recent years as part of his coaching team, having first met him during his time as a student at St Mary’s College in Twickenham.

Ward’s appointment underlines the club’s strong commitment to producing and developing their own coaching talent and allowing that talent the chance to flourish.

The Club’s executive said, “We are delighted that Ben will be stepping into this new role. After 12 years as director of rugby Mike Cudmore will leave a well structured and impressive legacy.

“We fully expect that Ben, as head of the coaching team, will bring the knowledge and experience he has amassed over the last 10 years to build upon these solid foundations.” 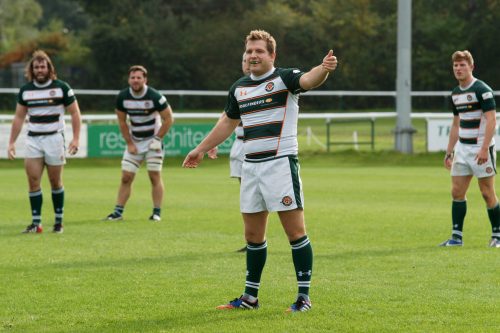