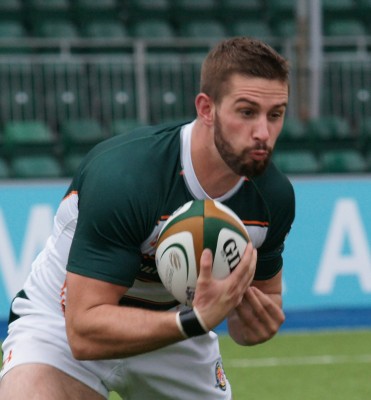 Ealing Trailfinders wing Sam Wardingley has been able to experience his side’s improvement first hand having been involved in both British and Irish Cup matches against Leinster ‘A’ and he wants to keep that improvement going for the rest of the season.

In the first match in October Wardingley wore the number 14 jersey when captain for the day TJ Anderson scored Ealing’s only points in a 49-8 loss at Donnybrook, one of Dublin’s cult rugby venues.

The 25-year-old wore the same number shirt last Friday as Trailfinders pushed the cup holders all the way and became the first team to deny them a bonus point in this season’s competition.

“Coming into the changing room after the game there was a positive feeling there among the lads,” he said. “Compared to the performance when we went over to their place it was a very big change.

“We’ve come a lot; the fact we pushed the B and I Cup winners from the previous year to a one point win is a sign of how far we’ve come. You realise we’ve come a long compared to earlier in the season, but we should really be putting those games away.”

A feature of the match was Ealing’s determined defence; after Leinster ‘A’ fullback Darren Hudson opened the scoring after two minutes, the Ealing defence had to hold out for the next 15 minutes as the Irish forwards tried to power their way through from driving mauls, before they went back to kicking any points on offer. 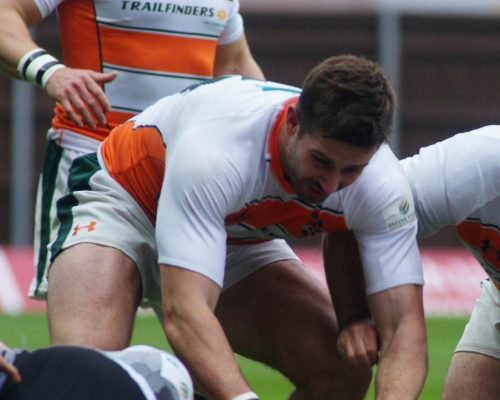 It was the second time in 2014 that the Ealing forward pack has stood up to barrage from their opposite numbers and held them out, having done the same against Nottingham and according to Wardingley it is another sign of the team’s growth.

“We’re not in that state of mind when teams score and we think we’re in for a drubbing,” he added. “Those times are a long way behind us, right at the start of the season. If that happens (conceding early points) we know why it’s happened and we can identify what to do. After that our defence was excellent for the rest of the game and that showed by them not crossing the line again in the game.

Ealing return to action in the Greene King IPA Championship away to Moseley on Saturday. They have already met them three times this season, once in the league and twice in the Cup and have won one and lost two.

With only 11 matches remaining Wardingley is well aware that they now need to target wins in every one of those matches.

“If you look at our performances since we picked up our first points against Jersey, they’ve all been really strong performances,” he said.

“Each game we go in and expect to win and we have to do that because it is a matter of survival. If we pick up one or two losing bonus points, that’s great, but we are out for the full four or five.”