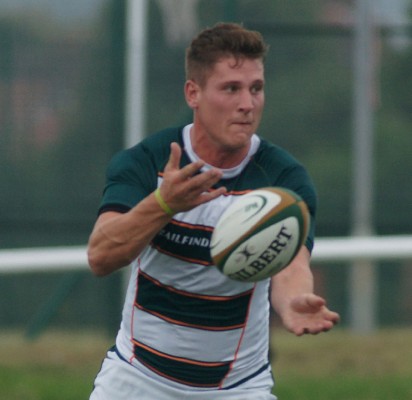 Ealing Trailfinders centre Tom Wheatcroft believes there was a definite step up in quality as the team won 47-30 away to Old Albanian on Saturday.

The side had already claimed a four try bonus point before halftime and ended the match narrowly short of the half century after scoring seven tries, three more than they scored in the 22-10 win over Loughborough Students on the opening day of the season.

“It is an important improvement from last week,” Wheatcroft said. “Last week we were very disappointed with the result as we expected to put a few more points on them.

“In the first half today we were far more clinical and were doing the basics very well.”

Having built up a 26-6 lead at the break after a brace from Phil Chesters a classic number 8 pick-up from captain Tom Brown and a scrum penalty try, flanker Danny Kenny stretched the lead further still with a fifth try five minutes into the second half.

However, the home side responded in fine style and quickly ran in three converted tries that closed the gap to three points with a quarter of the match remaining.

“We were a little bit disappointed towards the end of the game,” Wheatcroft added. “I think we took control of the first half and then for 20 minutes after the start of the second half we slipped off a little bit, missing tackles and letting them back into the game, but it is good that we got back into the game in the last 10 minutes and grind out a win.”

Nonetheless Ben Wards’ side calmed down and rediscovered their rhythm to close out the match with tries from prop Alex Penny and a second for Brown on the stroke of fulltime.

“We just said don’t panic, just do the basics well because that’s what we did well in the first half,” Wheatcroft said.

“I think we tried a few different things in the second half and obviously they weren’t coming off doing silly things that we normally wouldn’t do. Just do the basics well and stick to our game plan.”