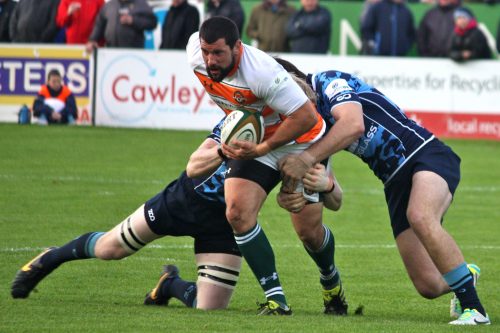 Ealing Trailfinders hooker Sam Wilkes has called for him and his teammates to not let another opportunity slip by to open their account in the Greene King IPA Championship when Plymouth Albion visit this Friday.

The west-country club travel to Vallis Way for some more Friday night lights action a week after Moseley left with a 15-6 win, the first time this season that Mike Cudmore’s team have failed to score a try at home.

“That’s huge,” Wilkes said. “Again they are a bottom four, bottom five team and they are the games we should be winning, as everyone knows. We’ve lost two of the ones we should have won, two out of three but we can’t panic as it is a long season. I think we’ve got to keep ploughing on and trying.

“We didn’t let them (Moseley) flood through, so you have to take some positives from it, but coming into Plymouth is going to be huge. We really have to do our homework on them as a team and individuals.”

After an improved performance away to Bedford Blues a week previously there were hopes that Ealing would be able to record their first win of the season.

However, Moseley’s took the few opportunities they created to score and despite dominating possession and territory in the second half, Trailfinders were unable to find a way through their ever-desperate defence.

“It was a missed opportunity and very disappointing,” Wilkes said. “I think it’s the top six inches. We’re in an out of performance and lacking consistency within the game. It is trying to channel the emotion; instead of it bubbling in your stomach you have to put it onto the pitch.” 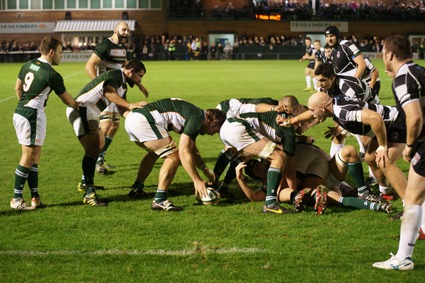