Ealing Trailfinders Academy are proud to announce that Academy U18 prop Harry Robbins has been selected to trial for London and South East Division. 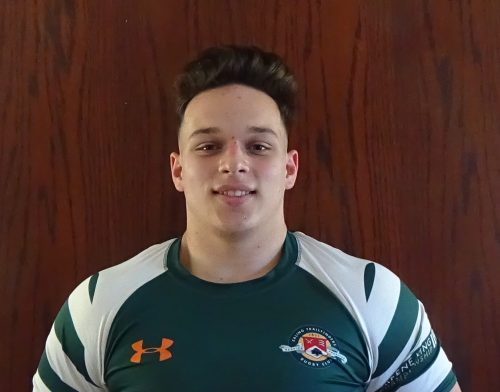 Having impressed in the recent U18 County competition, Robbins will trial at the end of January. If successful he will move on to play in the National Development weekend in late February.

Harry joined the Academy last year and worked hard with the Emerging Player Group. This season has seen him training up with the Senior Academy. He made his playing debut for the Senior Academy in Saturday’s win against London Welsh.

Academy Director John Lacey said “Harry has been a pleasure to work with since he joined us last year. He was released by Wasps DPP and could easily have got down hearted, but instead, he has worked really hard on his game.

He has trained up with the Senior Academy and has earned the respect of the boys. His strength is excellent and his work rate is improving all the time. He is our third Divisional trialist in 2 seasons, joining fellow prop Akeem Eubank-Anderson and Winger Reon Joseph.

We’d like to wish him luck with the trial, but first he has a National Colts Cup game to concentrate on”.