A very strong Combinred Services U23 side were visitors to Vallis Way this week for our 2nd fixture gainst the best young players from the Army, Navy and Royal Air Force.

Fine weather greeted both sides to Trailfinders and both teams started brightly, Combined Services exerted lots of pressure with their forwards and Ealings young side played into their opponents hands time and again. Poor ball retention in contact led to several turn overs and 3 of the hard running Servicemens tries.

Some good work by No8 Marcus Lowe 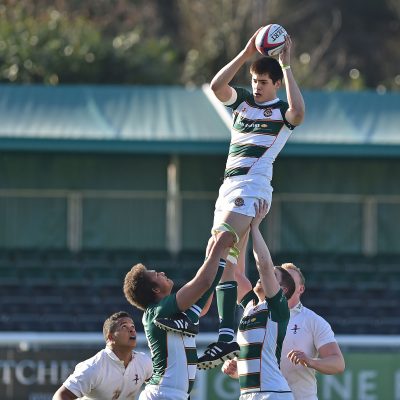 and scrum half Chico U`Chong behind a creaking scrum kept the team going forward but despite exerting some good pressure on CS we were unable to get on the scoreboard when the whistle sounded for half time.

The second half saw a change of tacics and despite conceding 2 more well worked tries the young Trailfinders began to build pressure through possession and field position. Patient approach play saw Prop Tom Williams and 2nd row Dan Martin held up just short of the try line. When the referee issued a yellow card for a deliberate knock on 2m from the CS try line many thought a penalty try was deserved, but 2 other white shirted defenders close by meant only a penalty was awarded. 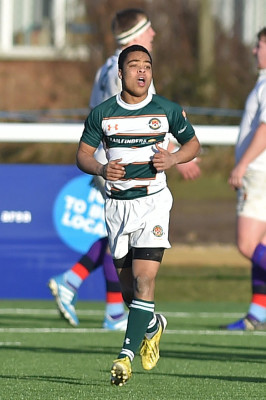 and a fine drop goal by the busy Chico U`Chong saw Ealing finish with a score and the better of the final 25mins.

More lessons learned today by essentially an U20 team against stronger opponents, focus on accuracy and ball retention were key and playing to our strengths in the last half hour showed good charachter and slavaged some pride.

Congratulations to centre Luca Townshend making his Academy debut, to U18 skipper Nyall Wake with another solid game in the boilerhouse and to U17 players Lewis Ellingham and Josh Steadman belying their age with good performances.

Next week sees the Academy travel to Goldington Road to play Championship side Bedford Blues Academy.