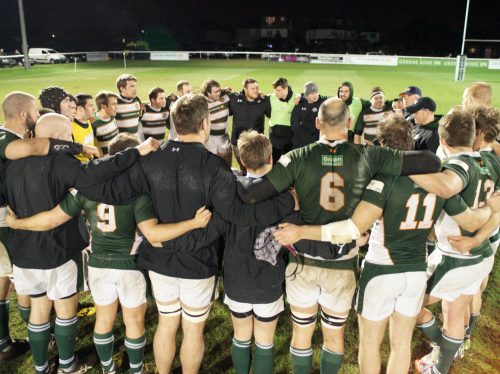 Today Ealing Trailfinders players are counting down the final 24 hours before their penultimate home match of the season, against Nottingham on Saturday, 12 April.

It is a huge match and one that the team must win if they are to retain any realistic hope of staying in the Greene King IPA Championship.

As such the club is calling on as many ETRFC fans to make their way to Vallis Way that Saturday afternoon for the 15.00 kick-off and help roar the team to another victory.

Mike Cudmore’s side broke their home duck for the league season in their most recent match in W13, an absorbing and entertaining 25-23 win over old rivals Jersey. They then followed that up by earning a bonus point away to league leaders Bristol Rugby to close the gap to their rivals from the Channel Islands to eight points with three matches remaining.

“It has certainly been a tough first season in the Championship, but we are still alive and fighting to stay up,” Cudmore said. “We have had some memorable days this season and we are sure that with the vocal support of our ever-loyal fans that we can enjoy another on 12 April.”

Earlier in the season the team earned their second win of the season away to Nottingham, with an enthralling 28-27 victory at Meadow Lane. After scoring three tries they were unable to secure the try-scoring bonus point with a fourth, but with the help of the fans a bonus-point win is a definite possibility.

It would send the team into their final two matches in great heart and firm their resolve ahead of the trip to Plymouth Albion a week later and at home to Rotherham in the final match of the season on 26 April. 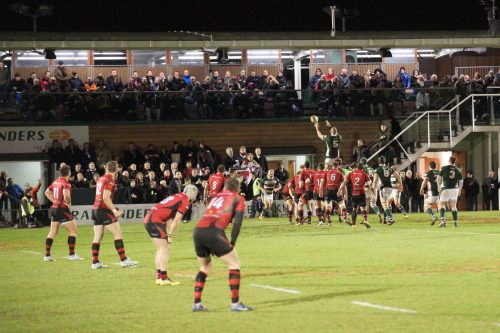