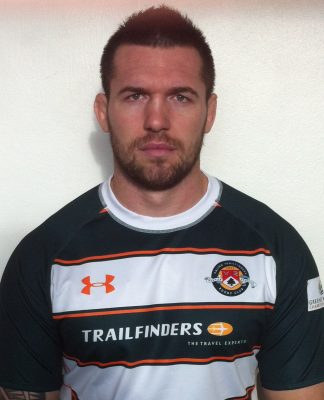 The 26-year-old joins from Bucharest Wolves, has signed with the club until the end of the season and makes a start on the bench at home to Bristol Rugby on Saturday.

“I am delighted to have joined Ealing Trailfinders and play in England, the home of rugby,” Radoi said. “It is a dream of every player in Romania to play in a competition as competitive as the Greene King IPA Championship and I am sure I can help Ealing and use the experience I have gained playing for Romania and in the Amlin Challenge Cup.”

Radoi hails from Baia Mare and has played 30 times for the Romanian national team. He won his first cap against the Czech Republic in 2008 and came off the bench for Romania’s most recent Test at home to Fiji in November.

Radoi previously played in England for Bucharest Wolves, the Romanian-select team that competes in the Amlin Challenge Cup. He was part of the team that played against Bath at the Recreation Ground and in total he has played 22 times in the Challenge Cup.

“We have had a couple of long term injuries to our hookers so we were looking to bring someone in,” Ealing Director of Rugby said. “Andrei was available and we are very happy to have signed someone with his experience and quality.”

Watch the video to see Andrei in action