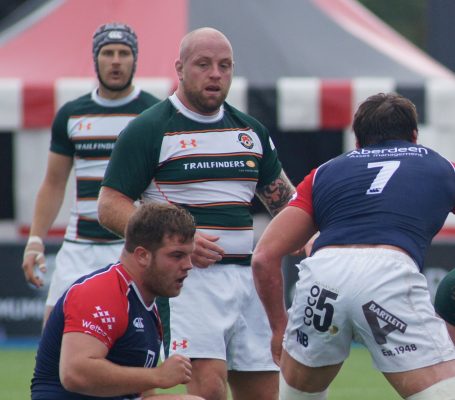 While the whole of the Ealing Trailfinders squad will be looking forward to the visit of Cornish Pirates on Saturday, for two players in particular the visit of the side from the Duchy holds particular relevance.

Number 8 Mat Evans and prop forward Ryan Storer both joined Ealing from the Pirates, Evans in 2010 and Storer this year and both have happy memories of their time in the south-west.

“I was at the Pirates for six seasons and loved every minute,” Evans said. “While at school I was offered a sports scholarship at Hartpury College, I went to Worcester in my final year of my degree before being offered the great opportunity to move down to Penzance in 2004.

“I met some amazing people whilst at the Pirates and played in great teams whilst there. The support is unrivalled in Cornwall. The Cornish community live and breathe their rugby.”

As a team with big ambitions of growing as a club and eventually reaching the Premiership, the defeat was a heavy blow. Saturday’s match will be the first time that Cornish Pirates have played at Vallis Way and the Trailfinders’ squad is well aware that they can’t afford to repeat their mistakes from their opening two defeats against London Scottish and Rotherham Titans.

“They’re going to come down and try to do a job on us,” Storer said. “They lost to Leeds last week, so they are going to try and put things right. I expect it will be a hell of a battle.

“For the first 20 minutes we showed we can be at this level, but we must be consistent in our performances and if you don’t make your tackles in this league, you find yourself under the posts as we did at the weekend.”

Evans was part of a successful team at Pirates that won the EDF Cup in 2007 and 2009 before arriving in W13 to help the team to promotion from National 2 south and then National 1.

For now the Pirates play in Penzance at The Mennaye Field, but the club is hoping to construct a purpose-built 10,000 stadium in Truro that will allow them to meet Premiership-qualification criteria and allow the club and county to fulfill their potential.

“I hope they are able to erect a stadium in Cornwall,” Evans said. “It has been a bump in the road for numerous years and for the sake of their loyal partisan fans, they deserve seeing their players doing their stuff in a facility that warrants their support.

“Rugby is massive down there and there will be no problem filing a stadium. Cornish rugby is steeped in history and it would be great for English league rugby if they were able to play at a stadium fit for Premiership purpose.”