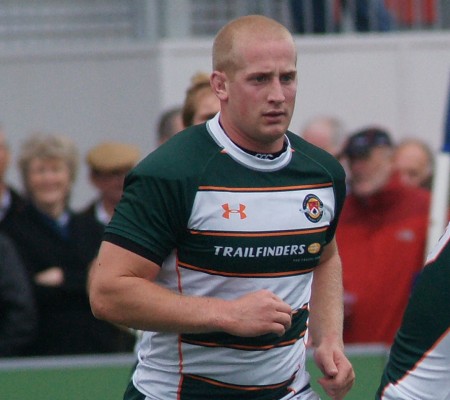 Karl Gibson is aiming to make it a memorable start to 2014 with a return to action for Ealing Trailfinders in February.

The Geordie hooker broke a bone in his foot in the build up to the Leinster A match in the British and Irish Cup, but after successfully undergoing surgery at Parkside Hospital in Wimbledon to pin the broken bone he is now well into his rehabilitation.

“At the minute they have put a pin in and wired it,” Gibson said. “For now it will be a month in the moon boot and then just before Christmas I will have another X-Ray to check the pin is in strong.

“Then in early January I will get the pins taken out and maybe at the beginning of February, if everything is ok, I should be good to go, though I will need the specialist to sign everything off for me. Fingers crossed, mid or end of February I should be back.”

The 26-year-old Gibson previously suffered two anterior cruciate ligament injuries that ruled him out of action, but it at least meant he knows how to handle his rehabilitation and not rush the process.

He has been a regular figure at Vallis Way for home matches, but has now been able to start weight-training and cycling sessions in the gym as he rebuilds his fitness.

“I had three weeks off completely and tonight’s my first session, doing some upper body weights and an hour on the bike, so long as I’m in the boot,” he said.

“We’ll see how it goes tonight and so long as I have the boot on and have no repercussions I’ll be good to go. I can crack on and do some upper body weights and cycling, but have to wait till the specialist gets back in touch before stepping it up.”

Gibson’s return will increase competition for the first-choice hooker role. He began the season as first choice before injury struck and since then the Sam Wilkes, Josh Elliott and Richard Townsend have battled over the number 2 jersey in his absence.

Last Friday he was among the crowd for the Friday Night Lights clash with Plymouth Albion and was delighted to see Elliott go over for the front-row unions first try of the season.

“I’m massively chuffed,” Gibson added. “I was back-row last year and moved to the front-row this year, so got quite close to Richie, Josh and Sam. It was great to see him get his debut for the first team and then to top it off with a try. It is always good to see a front-row score a try.” 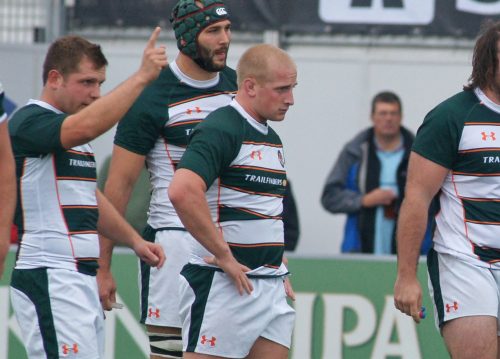 Gippa is aiming to be back playing in February 2014