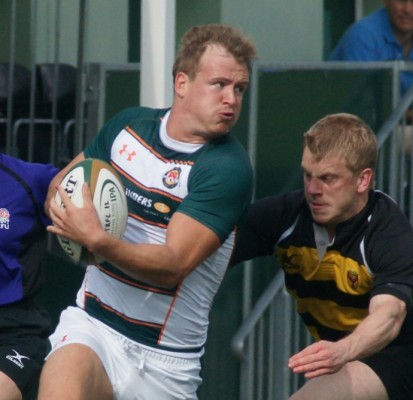 Ealing Trailfinders’ Chris Kinloch may have had the honour of running in the first ever try on the new 3G synthetic pitch, against Newport on Saturday, but the Scot knows that the team have to step up their performances in the weeks to come.

Kinloch’s try came in the first minute after he had linked with new boys Matt Jarvis and James Love to race clear on the right wing. Six more followed for Ealing Trailfinders and three for Newport as the hosts won 43-19.

Championship side Bedford Blues visit Vallis Way on Saturday and then the team complete their pre-season preparations away to Moseley on 30 August. A week later they begin the National 1 season at home to Kinloch’s former side, Loughborough Students.

“There are lots of things we can tighten up,” he said. “The way we look after the ball in the contact area, the way we present the ball for the nine, getting it clean on the plate for him as we want to attack off that ball.

“There were one or two missed tackles and we were a bit rusty out there, but it is the first time we’ve played in two or three months so it is certainly a decent enough starting block, but plenty to work on still.”

After Kinloch had opened the scoring the pack added a second when they won a penalty try when Newport illegally stopped a driving scrum. In the second half Alun Walker, Matt Jarvis, Andy Reay, Danny Kenny and Phil Chesters also added tries. 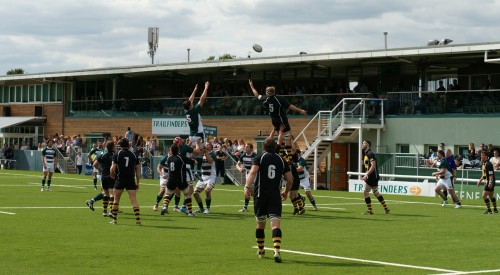 With a firm pitch underfoot and blues skies overhead the team showed the same attacking intent that has become their hallmark in recent years.

“Everyone was worried about what it was going to feel like when you get tackled, but once you’re out there and the adrenaline is flowing you really don’t notice the pitch and it is a really good firmness.”