Ealing Trailfinders will now have one extra reason to keep an eye on the 2015 Rugby World Cup after Andrei Radoi helped Romania book their place at the tournament.

The hooker started all three of the Oaks victories in the European Nations Cup/Rugby World Cup qualification. First came wins at home to Portugal and away to Russia and then following a two-week break, Romania beat Spain in front of their home crowd to book their place at England 2015, along with Georgia.

Currently they are in second place behind their east European neighbours and if it remains that way they will be placed in a pool alongside France, Ireland, Italy and Canada. If they overtake their Georgia though they will face defending champions New Zealand, Argentina, Tonga and the Africa 1 side.

“We’d prefer the group with New Zealand,” Radoi said. “You’ll only get one chance to play against New Zealand at the Millennium Stadium, so we want to play that game. It is very important for us to finish in first place. We always want to be the team that finishes first.”

The top two places will be decided on Saturday 15 March, when Radoi and Romani travel away to take on Georgia in front of a full house in Tbilisi’s National Stadium. When they met in 2014 the two sides drew 9-9 in Romania.

“There will be a lot of people in the stadium,” he said. “Last time we played there, there were 40,000 spectators and everyone was cheering for Georgia. But we won’t think about that, we will be concentrated on winning.”

The 26-year-old Radoi has now won 33 caps for Romania since his debut against the Czech Republic in 2008 and he scored his second international try against Portugal.

Romania are level with Georgia at the top of the European Nations Cup/Rugby World Cup qualification standings, but second on points difference.

Romania have a proud record in Rugby World Cup history. They took part in the inaugural tournament in 1987 and have qualified for each tournament since.

“Everyone is so happy in Romania,” he added. “Now we must think about the World Cup and prepare for the World Cup because it is such an important competition and we want to do well there.” 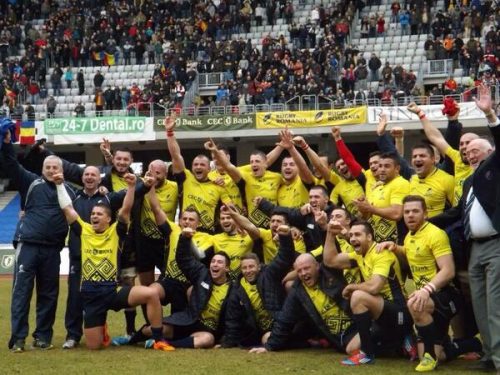