Ealing Trailfinders were unable to win their debut Greene King IPA Championship home match, but put in a vastly improved performance against an experienced Cornish Pirates side. 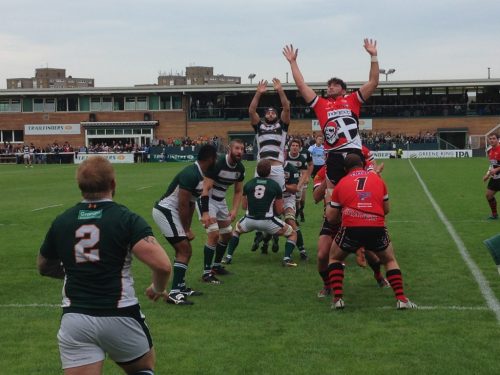 Flanker Ed Siggery made history as the first player to score home Championship points for Ealing with a try late in the first half, while replacement scrum-half Tom Parker added a second close to the end to give the vociferous Ealing crowd a positive note to go home on.

For the first 10 minutes the sides were evenly matched as the game settled into its rhythm after a frenetic opening few minutes and it was the visitors from the south-west who opened the scoring when Keiran Goss exploited space on the left wing to go over.

Trailfinders hit back and after pounding the Pirates line second row Darren Barry was sin-binned for entering a ruck from the side. The forwards continued their assault and Welshman Siggery burrowed through a gap to score. With Tom Wheatcroft adding the conversion Ealing led 7-5.

A mix-up at the restart allowed Cornish to claim possession and they used it well to put Goss away once more and with fly-half Keiran Hallett adding a conversion, the team from the Duchy led at the break.

A Wheatcroft penalty early in the second half brought Ealing close at 12-10 behind, but Pirates stretched their lead further still when prop Jack Andrew grabbed a try.

As the match wore on both sides came close to adding to the score-line, but eventually it was Cornish who did so with further tries from hooker Aaron Carpenter and scrum-half Thomas Kessell.

Ealing at least ended on a positive not when Parker spotted a gap on the edge of the ruck to scoot over for a late try.