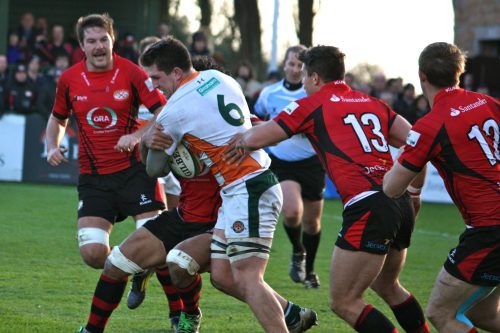 Ealing Trailfinders earned their first win of their debut season in the Greene King IPA Championship on Saturday with a bonus-point victory away to Jersey at St Peters.

Centre Tom Bedford scored a first half try to keep Ealing in contention at half time, before the team produced a late comeback.

Despite trailing for the first 60 minutes of the match two tries from wing Phil Chesters and one from former Jersey fullback Andrew Henderson, plus four conversions from Ben Ward, allowed the boys from Vallis Way to leave the Channel Islands with four points for the win, plus a bonus point for scoring four tries.

On a bright, sunny afternoon at St Peter, Jersey started well and scored early on with a text book move from the front of the line out allowed captain Alex Rae go over for an unconverted try in the bottom, roadside corner.

Jersey then extended their lead following some flowing rugby that was finished off by Campbell under the posts. Niall O’Connor added the extras and it was a very happy St Peters, with everything going to plan.

Ealing continually tried to move the ball quickly and play expansive rugby and they earned just reward for their efforts with a try of their own midway through the first half as they attacked down the left before switching across field for Bedford to score in the corner.

That was how it stayed for much of the remainder of the half until a late penalty kick by O’Connor extended Jersey’s lead to 15-7 at half-time. 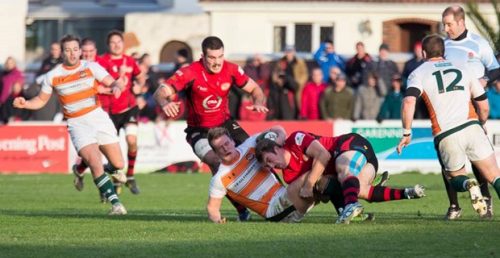 Ealing, playing down the hill in the second half started very brightly and continued to play expansive rugby, but Jersey’s defence held firm. Jersey had a few bright moments of their own and with successive penalties deep in the Ealing half that were kicked to the corner, the home side were pressing hard for their third try. After the third infringement though, O’Connor opted for the posts to make it 18-7.

Ealing responded almost immediately and released Chesters down the left wing to score a converted try in the corner. He then race in from deep in his half for his second of the afternoon and third try of the season.

Jersey tried their best to find their way through Ealing’s defence, but after a turnover Henderson raced in the fourth try to wrap up the result in fine style.