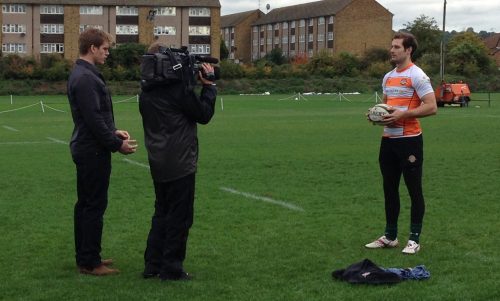 Sky Sports’ cameras rolled into Vallis Way earlier in the week to film a segment with winger Phil Chesters for their Rugby Club programme.

The report was part of their build up to Ealing Trailfinders’ first live appearance on Sky Sports, this Sunday away to Bedford Blues.

After filming the morning’s training session and grabbing a few words with head coach Ben Ward, the channel’s Greene King IPA Championship commentator Johnnie Hammond settled down to interview Phil with the focus on his return to the team following his serious injury earlier in the year.

For those that missed the report, it is available to view here

The match at Goldington Road kicks off at 15.15 and is live on Sky Sports 4. 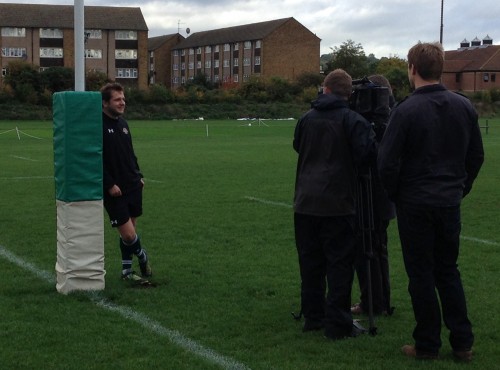