The U17s had the honour of providing 6 players, plus one on standby, to the Middlesex squad facing a tough match v Sussex on Sunday 26th Feb.

It was a great achievement to have so many representing the County and they did themselves, and the Club, proud on the day. Well done to Philip Arnett, Matthew Killeen, Jack Connor, Jack Gorard, Tom Spanswick, Demaro Woodruffe (below), and Patrick Barton (on standby). 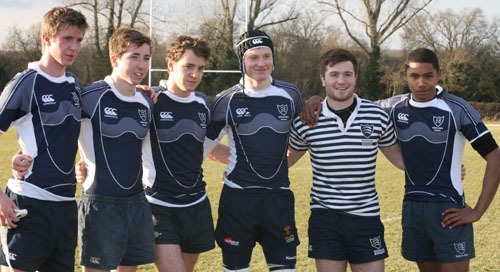 The fixture was played as a series of three mini-matches in great rugby conditions.  The standard of play was high with the conditions encouraging fast flowing rugby.  In the end Middlesex won one of the min-matches with Sussex winning the other two, and with all the Ealing players acquiting themselves well.  A good day’s rugby.