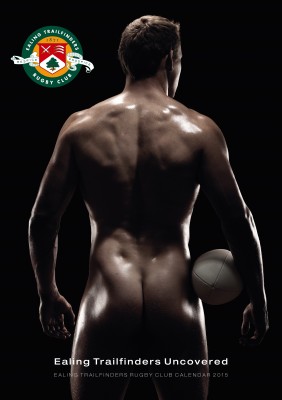 The calendar retails at £15 and money raised from its sale will go towards the Jack Fishwick Discretionary Fund.

There has already been considerable interest growing thanks to the teaser shots that Ealing Trailfinders have published on their Twitter (@ealingtfrugby) and Facebook accounts.

Over the 12 months of 2015 the players have stripped down to depict a variety of poses that show the work required and the physical prowess needed to succeed at the top end of professional rugby. 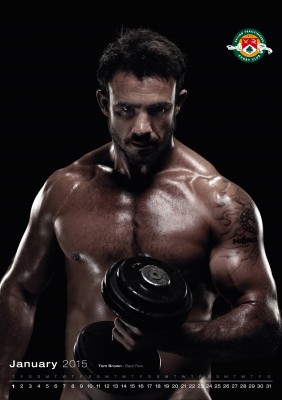 “It was a great team building exercise and a lot of fun for the players and I’m sure everyone will be delighted with the finished product.

“For us as a group to be able to help an ex-player and also a close friend makes it all the more meaningful. So make sure you buy the calendar and if you know of anyone who can help sell it please get in touch,” Director of Coaching Ben Ward said.

Warren Ryley and Roy Attfield from Classic Pix took the photos over a full and very fun day of shooting at Ealing Trailfinders’ Vallis Way home. They also filmed and produced a behind the scenes video.

Jack Fishwick played for Ealing Trailfinders from 2010 until 2013 and during that time he featured 28 times for the 1st XV and was also captain of the 2nd XV. 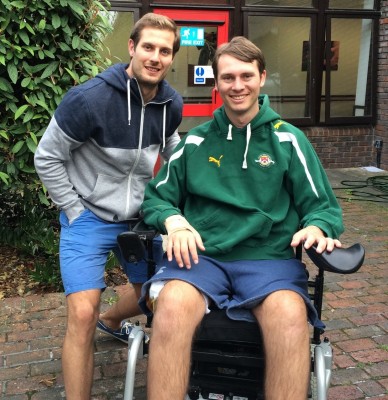 In March the second row suffered a life changing rugby injury which has left him quadriplegic, but Jack is fighting hard and tackling the challenges with heart and optimism.

As such the Ealing Trailfinders 1st XV’s chosen charity this season is the Jack Fishwick Discretionary Fund, which will help raise money to help with the costs of his treatment and on-going care.

The calendar is the first of the money-raising initiatives and there is a charity lunch before the National 1 match against Cinderford on 4 October at Vallis Way.