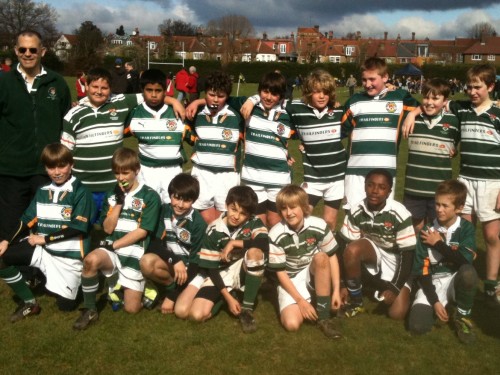 Along with new faces in the team and new opposition on the field, there is one other new addition to Ealing Trailfinders for their inaugural season in the Greene King IPA Championship.

Long-term club servant Michael ‘Mike’ Schaefer is the new club matchday announcer and his dulcet tones will be heard over the microphone as he whips the fans up into a passionate fervour before every home match.

Mike hails from Washington DC, but has lived in the UK for 18 years and been involved at Vallis Way since his son Max joined the rugby rats in 2004.

He is also part of the ‘Dirty Dozen’ supporters group that makes themselves heard every home match and as many as they can make it to away from W13.

“I’m a tiny part of a long list of unsung mums, dads, young adults, old adults, entire families and players from around the country who have contributed massively to this club,” he said.

“They are a testament to our “One Club” ethos. With that backdrop, for me it’s humbling to be here, at this moment, at this level, cheering my team, with my friends, with my family, with a mic, in front of our members, our contributors, our fans at our club.”