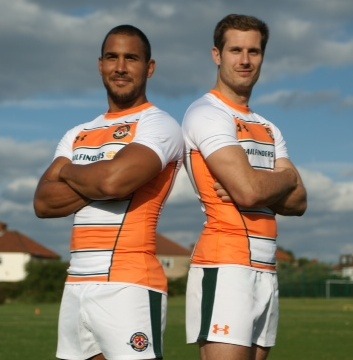 With the new season nearly upon us everyone involved with Ealing Trailfinders want as many of you as possible to help us fight to return Back to the Championship.

With six weeks to go the preparations of Director of Coaching Ben Ward and his team are going very well. The players are coming to the end of a seven-week cycle where the majority will then have a week off before they are back and into the pre-season games.

The players have focused heavily on their skill levels; working under pressure and putting in place the systems and patterns for how they want to play. There has also been a big emphasis on the squad coming together and being a tight knit group.

National 1 is a fantastic league with 30 league games and lots of attacking rugby. With our new synthetic pitch, we are excited to play an attacking brand of rugby all year round and look forward to seeing you there too.

Non-Member Season Tickets 2014/15
• Huge savings on match day prices, tickets £130 saving over 40%
• Entry to all 1st Team Squad Home matches
• Eligible to vote for the Supporters Player of the year at the end of the season.
• Keep up to date with all the news and offers in our Weekly Newsletter.
• Buy your Non-Member Season Ticket before 1st September and be in with a chance to win a STORM Watch, supplied by our official Man of the Match sponsors.