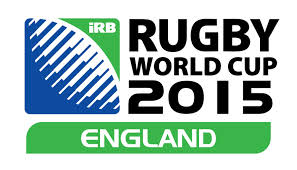 The 25 April deadline for purchasing Rugby World Cup 2015 tickets from RFU member clubs is drawing near; here is all the information for fans eager to purchase tickets for rugby’s biggest tournament which will run in England and Cardiff from 18 September – 31 October, 2015.

Background
You may have read that the 500,000 tickets which are to be made available through RFU clubs to the rugby community will soon be on priority sale. Tickets will be sold directly to members nominated by the Club and will be processed on-line through the RWC 2015 Ticketing System.
We now know how many tickets have been made available to the Club:
We have an allocation for each of the ten games being played at Twickenham, including the Final. We have a much larger available allocation for the matches being played at the other venues.
The Club has decided that our tickets will be allocated to members on the same basis as we do for Six Nation and autumn international tickets. In other words you are invited to apply under the process detailed below for an allocation. The Officers will then determine how and to whom the tickets should be distributed based on the key priority criterion of contribution to the Club now and in the past.

Warning Notice
These tickets are for personal use only and cannot be used for hospitality or sponsor programmes and corporate names will not be accepted by the ticket website. Any misuse will bring the Club into disciplinary proceedings which could result in future ticket allocations for all international matches being reduced or cancelled altogether.

Process
On 6th May, the Club’s ticket organiser will enter on-line the names of our members who have been pre-allocated tickets for specific matches onto the system. There will be a maximum of two per member per match for Twickenham and four per member per match in the other stadia.
Those members will then be sent an email from RWC 2015 inviting them to register on the ticketing website ahead of the tickets going on sale on 16th May.
On the 16th May the online ticket sale starts when those with an allocation can purchase their tickets. Tickets at the various prices will be sold on a first come first served basis, so it will be important to get on-line as early as possible on the 16th May to get the tickets at your choice of price. The club priority sale will close on 30th June and sales to members of the public will open in September.

What you should do now and when
1. Have a look at the Twickenham match list and the website for the other matches and decide which games you are interested in attending.
2. Respond to the Hon Secretary by email at secretary@ealingrugby.co.uk with your request for an allocation (remember two for each Twickenham match and four for each other match is the maximum) and for which games.
3. To give the Officers due time to consider all requests, we must receive your response by the 15th April 2014.
4. Any questions should be directed to Graham Taylor or Sue Chandler.